How To Avoid Design By Committee

Here’s a scenario for you: a woman has three young children, each armed with a handful of crayons. They’re happily drawing on a large sheet of paper, cooperating and sharing colors. The woman leaves the room for a moment, and when she comes back, she is dismayed to find that the children have all begun scribbling on the walls.

There are squiggly lines of color everywhere, ruining her pristine, white paint job. Imagine you are this woman. What do you do next? Do you praise the children’s artistic contribution to the decor? Or do you grab the nearest sponge and start scrubbing frantically before the company comes over?

If you’re like most moms, the answer is obviously the latter, but why? Is it because you want to tyrannize the kids? Infringe on their self-expression? Probably not. More likely, you just want to maintain a sense of order in the house. Three toddlers running amok with crayons would quickly become chaotic. And in a world of chaos, no one is happy; neither you nor the children, even though they were the ones who started the madness.

Sure, it’s telling us that simple is better than complicated. Most of us know that instinctually. No one wants a pen that’s also a steam iron, a soap dispenser, and a toaster oven. But how do we avoid ending up with one? Here’s a secret: it doesn’t just happen.

Most people have an idea of the perfect simple, elegant solution to their design problem. The downside is, so does everyone else who has the same problem. Put them all in a room together, and you’ll have not consensus, but pandemonium. Everyone will contradict each other, and sometimes even themselves, in pursuit of the “ultimate” solution that will be universally beneficial.

In one of the greatest paradoxes of human nature, when everyone has a say in what they think will make everyone happy, the result – invariably – is that no one is happy.

The underlying imperative of de Saint-Exupery’s words is that there must be someone in charge of a process who makes the single, final decision. There must be one person – or a small, unified group of persons – who will ruthlessly prune the savage garden of the horde, creating a result that is not what anyone said they wanted, but what is truly needed.

They must be able to think globally, rather than provincially. They must be willing and able to ignore what people say, and focus on what is objectively best. They must lead and they must be vigilant about it. Any slack during this crucial moment, the final verdict will unravel the entire operation, resulting in a quagmire of confusion that will suck everyone under.

In other words, they have to act like Moms. 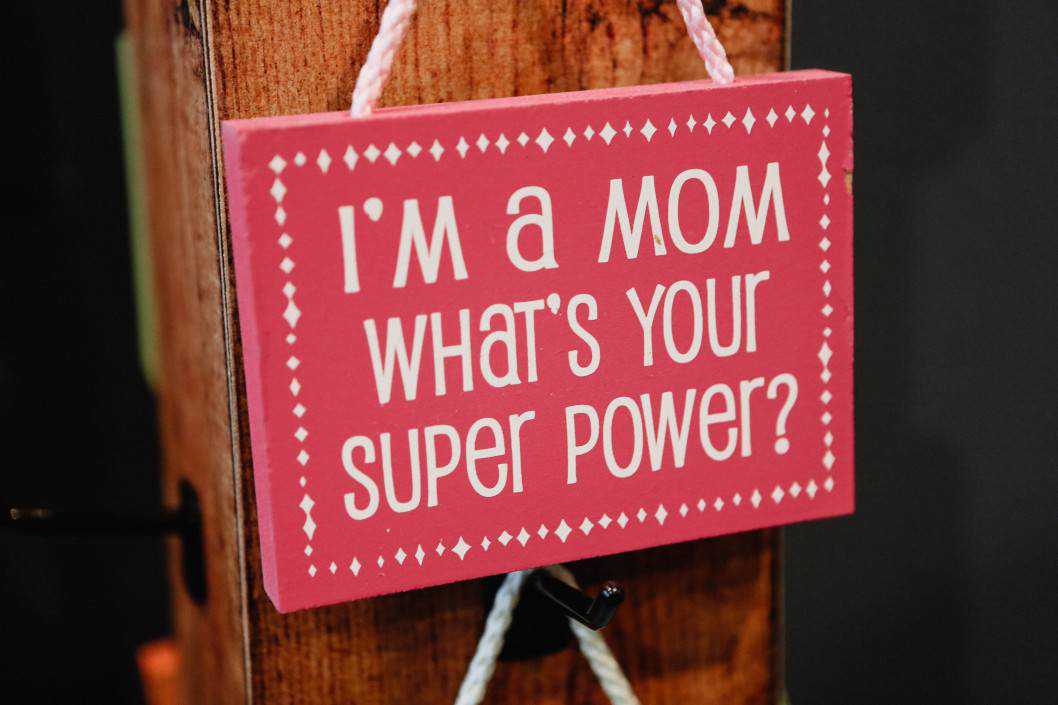 People like to believe they’re an important part of a decision making process. And they are – just not quite in the way they think. A consumer’s role in the design process is both less and more important than it often appears. It’s less important because what people tell you they want is almost always irrelevant.

That might sound harsh, but it’s actually a good thing. Recall the earlier example of the multi-purpose pen. Everyone you question will tell you something slightly different about what they “really” want in a pen.

Plus, you might think all those ideas sound equally as cool – who wouldn’t want a pen that can do all of those things? In magical unicorn land, it would be perfect, a must-have item. But here’s the thing about the real world: when you add features, you get mass, and mass equals mess. Let me repeat that: features = mass = mess.

And a mess is completely at odds with de Saint-Exupery’s words of wisdom above. Nobody likes a mess. That perfect pen dreamed up by your well-meaning consumer test group would be the size of a wine bottle and weigh as much as a brick. Sure, it would have all the features everyone asked for, but who do you think is actually going to use it? What people say is irrelevant.

As a designer, you must be prepared, like a good, caring mom, to give them what they need.

A consumer’s big, important role to play in a design process – their time to shine – is in demonstrating what they really, truly need in a product. Contrary to the things people say, what they need is extremely important. It is only through solving a need that any designer can hope to have a career. But how do you tell the difference?

If you can’t trust people to tell you what they need (and you can’t), how can you possibly figure it out? Should you guess? Do you simply create things arbitrarily, assuming you instinctually know what everyone’s needs are? Of course not. That’s just as careless as adding too much mass. Do you embrace your inner creep and watch them intently, observing their habits and formulating an ideal solution based on what you see?

People love to tell you how iconoclastic they are. Everyone else is one way, but they are different because (fill in the blank).

The truth is, the majority of human beings on this planet are remarkably similar in behavior, even people who might superficially be categorized as “different.” True deviations from the norm are often frightening – sociopaths and murderers – or patently obvious mental or personality disorders. The rest of us – natives and immigrants, extroverts and introverts, liberals and conservatives, Mac users and Windows users and DIY Linux geeks – we’re all more alike than we typically care to admit.

And when we come together to form a market for a product, our actions as a unit usually prove it. We demonstrate what we really want, what we need, by how we behave; what we buy, when we buy it, how we pay for it, or even if we pay for it. (How much “shoplifting” would there be if people had to pay for air?) This is the meat of good design; the thing that makes it revolutionary. You must indulge your inner creep, or your inner mom, and let your market speak to you not with what they say, but with what they do.