Billboards, the Next Design Influence Frontier?

Much has been said about influencer marketing over the last several years. Initially taking rooton early textual platforms like Twitter and pre rich-format Facebook, the concept of using individual social media users to tell a brand’s story in user-generated content (UGC) format has held a certain appeal for those that shun traditional ad formats. With the explosion of novel social networks focusing on a variety of new media niches, the design world has watched the evolution in real-time such as the Pinterest rapid maturation beyond simple fashion and recipe cataloging.

In the year 2021 and beyond, what’s the next frontier for design influencers? Will it be an extension into the short format videos and clever editing of networks like Tiktok or perhaps even higher tech focus on the exceptional world building capabilities of AR/VR?

Perhaps one of those next big frontiers is actually old school: the large format display of billboards.

How is this possible?

Think of billboards as an analog Instagram. One only has a couple seconds to visually convey the right message to the desired audience. Therefore, that message needs to speak to a specific demographic (person in the car), use a celebrity to catch attention, or a combination of both. The medium is typically used for mass appeal products/services, which is sad considering how many one can find for accident and injury attorneys. That said, this brings up a fantastic example to prove the point!

In the world of influencer marketing an influencer is generally categorized as aspirational, authoritative, or peer.

For simplicity sake, an aspirational influencer is someone the target audience aspires to be like. For most mass consumer products this is usually someone with celebrity status.

An authoritative influencer is someone the target audience respects as a known expert within the field.

Finally, the peer influencer is exactly what one might think — the peer group of the target audience. Which is the right type for designers to consider for billboards?

Consider the example again: the numerous accident and injury attorney cutouts that line most metro freeways across the United States. This larger than life advertising found along busy roadsides currently fixates on a gigantic phone number and aggressively smiling lawyer in a desperate attempt to convey trust to the everyday driver that might perchance recall the advert later in the driving journey should it be needed.

From our understanding of the target audience, is an appeal to expertise the correct play? If the target audience truly believed in the authority conveyed by the attorney, then the psychological trigger might be appropriate. However, as stated earlier on mass appeal products, the best triggers tend to be either aspirational, peer, or a combination of both. Since it can be difficult to accurately peg the peer group of a randomized group of drivers, let’s focus on aspiration influence: the ideal set of celebrities that might make sense in such advertising.

To begin that journey, consider the list of celebrities you might know that have a history of needing quick legal help. As the influencer selected needs to convey a sense of humor or warmth and not animosity, it would be wise to shy away from major issues. The names that come to mind might be someone like Nick Nolte, Charlie Sheen, or Lindsay Lohan. Now consider celebrities that have played prominent lawyers on television or in the cinema; Bob Odenkirk (Better Call Saul), Gabriel Macht (Harvey Specter character in Suits), Andy Griffith (Matlock) could be possibilities.

With that list, you’ll want to try and get the broadest appeal so recency matters as fast facial recognition is necessary. Trimming off those out of the limelight the longest we can cross off Nolte and Griffith. Next, affordability will come into question so the actors with the greatest wealth might not work. With a quick and potentially inaccurate Google search, Odenkirk seems to have done the best with his recent franchises, followed by Macht. Left with two possibilities, a brand could then make the pitch to both or select the least expensive: Lohan. 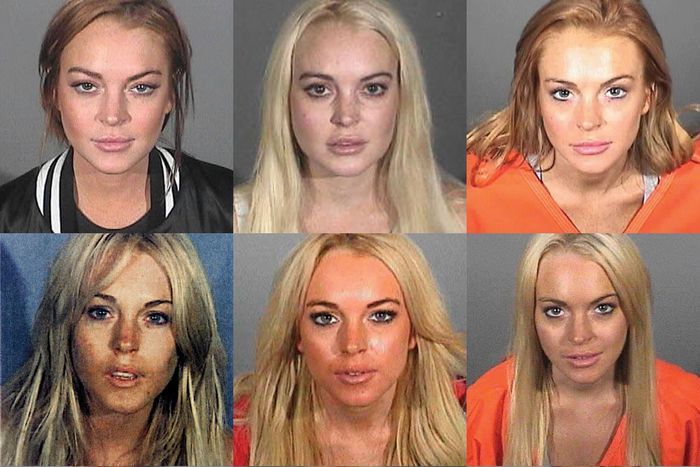 What might that ideal influence look like from a designer’s perspective? Imagine a slightly smiling Lohan giving a palms raised shrug on one side of a vehicle, opposite of that aggressively smiling lawyer suggesting something to the effect of “Don’t worry, I can help.”

By simply adding the context of a celebrity that’s a known quantity in the realm of the audience’s understanding of product use, the advertising is elevated to an entirely different level. Not only does it contain the previous attempt at authoritative influence, it has injected an element of aspirational influence, and it shows a potential fellow individual in need…a peer. Psychologically, this use of influencers to provide a deeper connection is why billboards might just be the next big thing for the industry.